Formosa: Where the vegan buddhist eats

Where does a vegan go if he feels a craving for something hearty? Formosa is my first choice.

This tiny restaurant, more wedged than built into the old houses of the steep street, Barnabitengasse, has been around forever it seems. Here, you can get your daily fix of cordon bleue, baked chicken bits, Asian dishes like fried noodles with duck, and grilled soy steaks – all vegan, obviously. The tiny Taiwanese owner welcomes me with her wide signature smile and we talk for a few minutes, using mostly body language, before she rings her son, Wai-Chen. “He longer in Vienna. He speak German very good.” Beautiful.

While waiting for Wai-Chen, I step out of the restaurant and into the Formosa shop next door to take pictures of the shelves packed with a wide variety of vegan and vegetarian food. There’s lots of dried soy products, emulating the smell and look of beef mince, pork strips, fish bits, and more. The freezers whirring in the corner are jam-packed with lobster pieces, meat patties, chicken filets – again, all made from soy. (Update May 2016: The Formosa shop is no longer, you can still get a few of the ingredients in the restaurant/grocery store.)

Meanwhile, Wai-Chen has arrived and starts telling me everything about the restaurant and shop. The name “Formosa” is what Taiwan was called back in the days when the country still was run by the Portuguese.

His mother and grandmother opened the restaurant in 2003, but really struggled in the first year. (No wonder, the vegan trend was still far away in the distant future back then.) As practising Buddhists, Wai-Chen explains that they try to promote a life without harm towards animals. 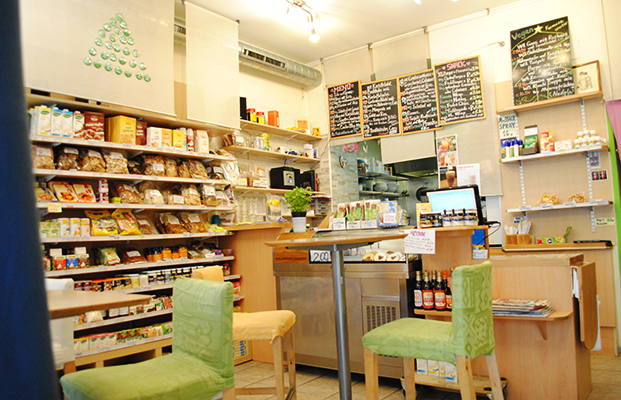 “After all, we see them as sentient beings, and we believe animals have buddha nature, which means they also can reach enlightenment,” Wai-Chen explains.

“Just take the time and watch the ants buzz about. They are not aware of us, but we are very well aware of them. It’s the same with humans. There is a… let’s say… higher power watching us without us knowing. And because we believe in reincarnation, there’s always a chance of being reborn as an animal we once harmed.” 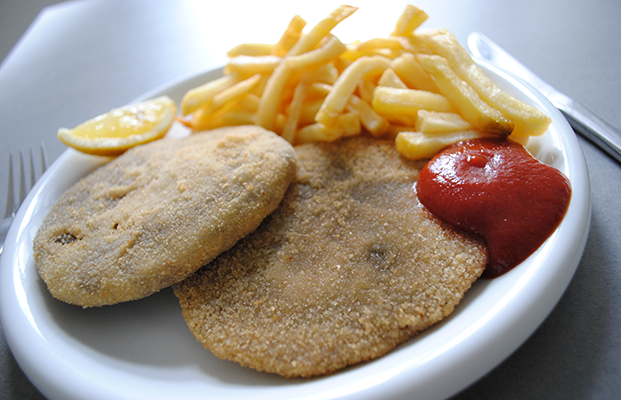 That’s why the Huang family behind Formosa wants to promote the vegan lifestyle. And they do it the best way possible: by winning people over with friendliness and quality food. I order a schnitzel and french fries. And while munching away on that well-seasoned, savoury soy patty, I think about how we still have to come a long way as a species.

Tell us how many of these Viennese sayings you use and we’ll tell you if you’re Viennese Brunzen A Zuagrasta Well,...

Warning: this podcast talks Denglish. Listen to the episode below: Or check us out on Spotify or Apple Podcasts: They jump...

30 unmistakable signs that autumn has arrived in Vienna

The unique signs in Vienna that summer has left the city