Starve yourself a day before the morning you sit down for a brunch at Hotel Daniel. It is the kind of breakfast suited for those moments when you wake up so hungry, you could battle through a Mongol army to get to your morning coffee and croissant.

The design of this hipster hotel’s café named Bakery is consistent with the rest of the hotel – clever, and can be likened to the magic of French understated style: “I made no attempt to look this sexy this morning and I intentionally forgot to put on makeup … except this smudge of bright red lipstick.” 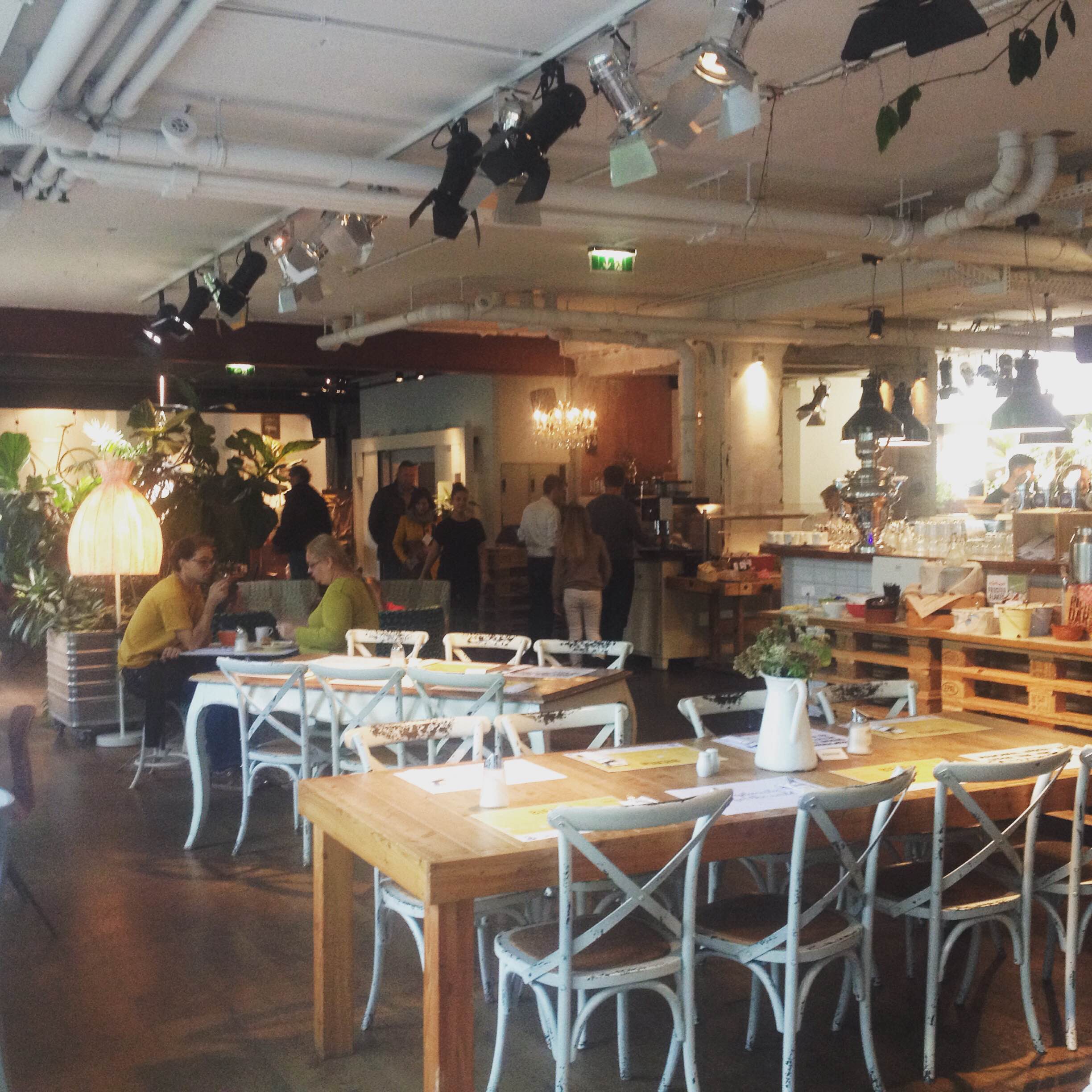 The slightly industrial character in the big-windowed, bright space filled with living room furniture works as the perfect setting to lazily eat your way through the fields of breakfast foods, and sip on the unlimited coffee included. The litre of coffee you’ll drink is needed to balance out the food coma that you’ll gradually work yourself into. 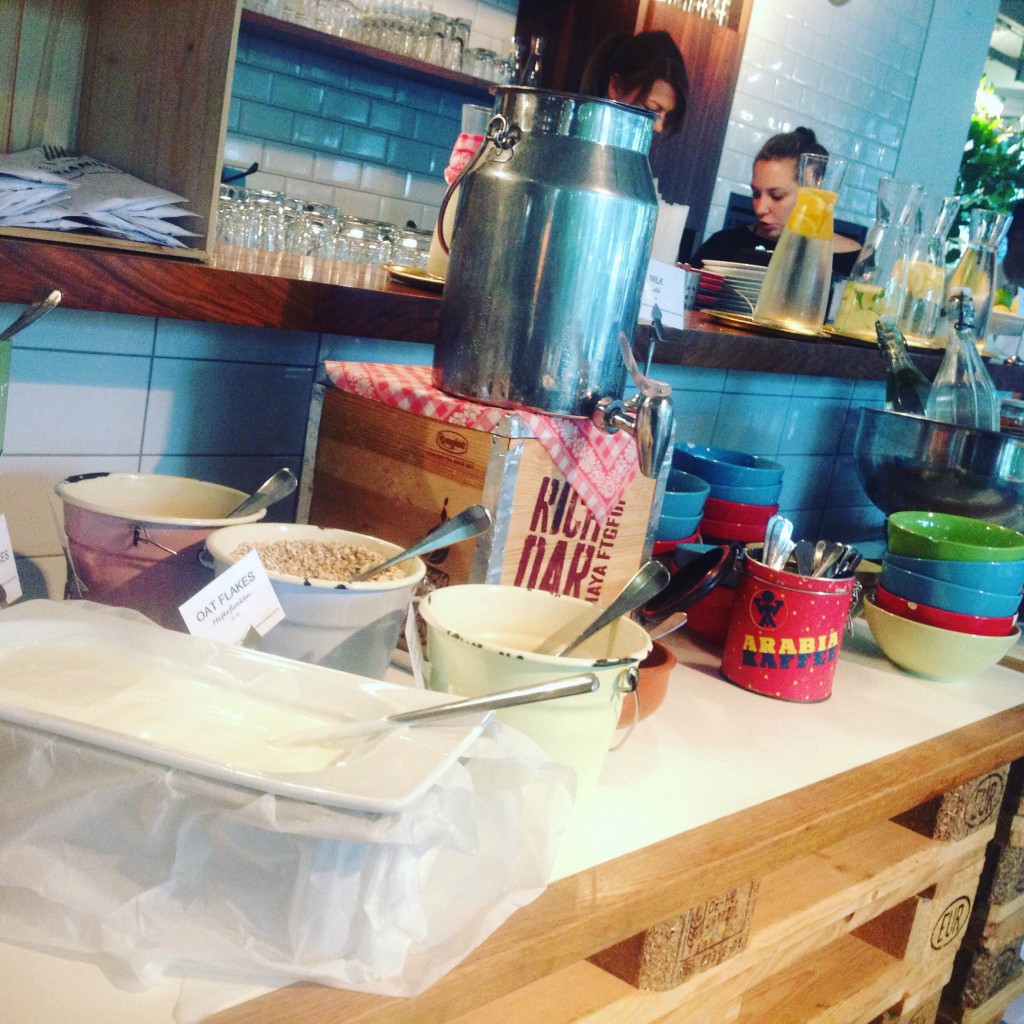 Being a hotel’s breakfast buffet, we get the feeling we’re on holiday. And pretend to be so when the couple next to us ask us where we’re from.

“Mississippi, Kentucky,’ I lie as I’m dying to try out my Southern American accent. Their expression tells us that they don’t buy it, and I regret not having tried French. They don’t talk to us again, even though I give them several eager smiles seeking forgiveness. 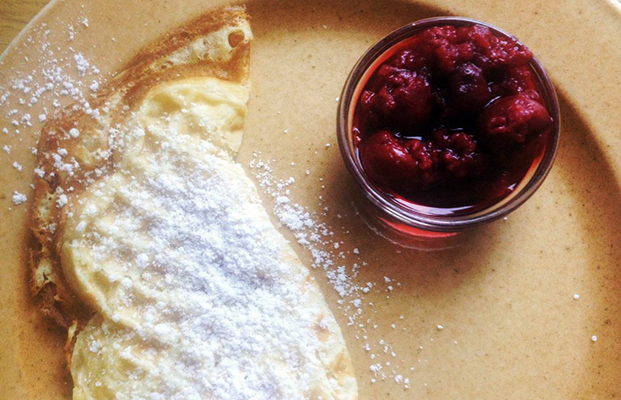 Decisions are hard to make when faced with the buffet – do I start with the fresh waffles with homemade jam, or the custom-made omelette, one of the cereals, a Kipferl with a spread of the quality and bountiful cheese and cold meat variety that I’ll nicely lay out on my plate? This puts a whole new perspective on my mother’s words that the hardest choice I’ll face in life is who I marry. She also said, follow your gut. I look to my gut for guidance, but it just replies with a gurgle. 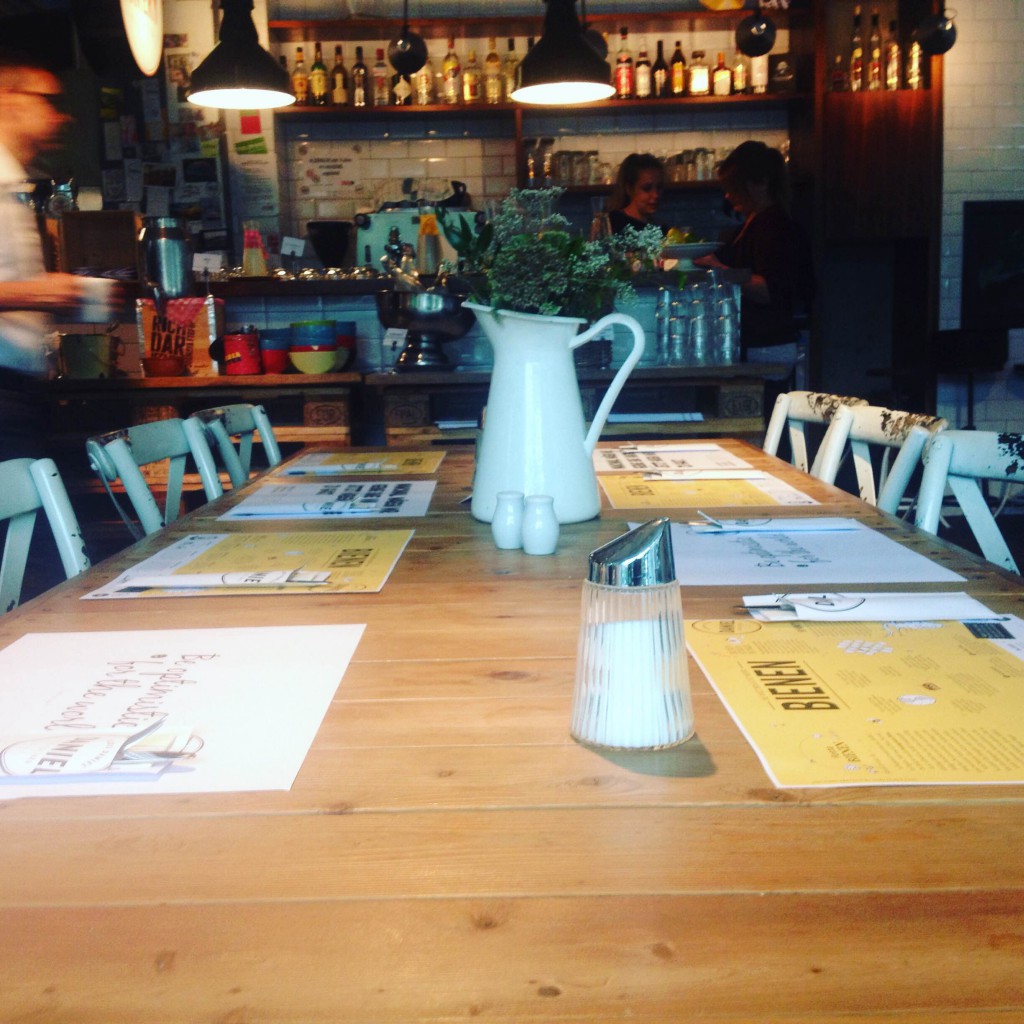 We end up starting with adding another order to the poor chef’s list for one of the custom-made omelette creations she’s throwing up in the air from her frying pan.

Plenty of the food is organic and/or homemade, including the honey which is harvested from a bee farm on the hotel’s rooftop; located right next to the melting boat hanging off the side of the building – they had to do something to make the outside’s plain office appearance match the highly stylised inside. Once again, it’s the carefully placed details. Same goes for the floral vintage mug I drink my 4th coffee from. Everywhere you look, there’s rustic vintage tableware.

Unless you’re an early riser, the lavish breakfast buffet is better enjoyed at Hotel Daniel on the weekend where the breakfast buffet stays put until midday. But be warned, you can safely bet the place will be full if you turn up unannounced. 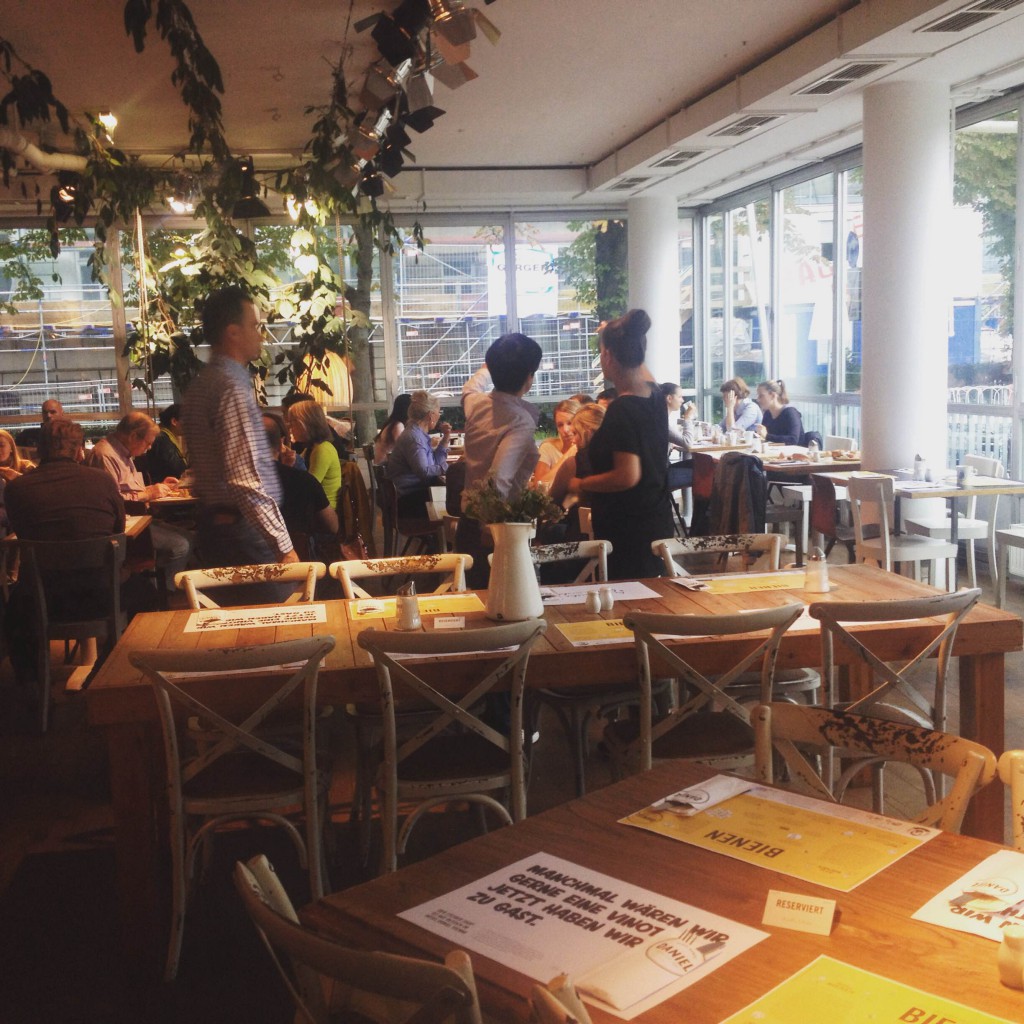 While waiting in the conga line snaking its way around the buffet, we’re tempted to grab the hips of the half-asleep person in front of us, kick our legs out from side to side, and yell – everybody conga!

But everybody seems firmly fixated on what they’ll fill their next plate with. And who can blame them. Going up each time for the next round fills you with the excitement of the possibilities.

Walking through the quiet of a forest that’s deep in a winter sleep, breathing in the crisp and cold fresh air,...

We Came, We Ate, We Drank… at the hip restaurant where young art meets innovative cuisine, Otto Bauer

We want you to know that we’re giving you 100% independent sneak peeks at these places with a fiercely honest flavour....

To say 2021 has been a crazy year would be a slight understatement. And while there was one specific thing dominating...