With books towering all around us, we sat down with Vienna’s English bookshop, Shakespeare and Company, to talk about the tales of this iconic place hidden in the city’s center.

Guy Perlaki sure looks like someone who has a lot of good stories to tell. He just has decided not to, it seems. The owner of Shakespeare & Company, Vienna’s bookshop dealing exclusively in English books, prefers to keep himself clouded in a certain air of mystery.

We ask him to give us an anecdote from his 16-year-long career in the shop, and Guy smiles rather mischievously. You can read in his eyes that he’s reminiscing about a number of outrageous, possibly illegal and certainly highly entertaining occurrences from back in the day. The extent of what he reveals to us is only the words from his predecessor:

I survived Shakespeare and Company and lived to tell the tale.
BY 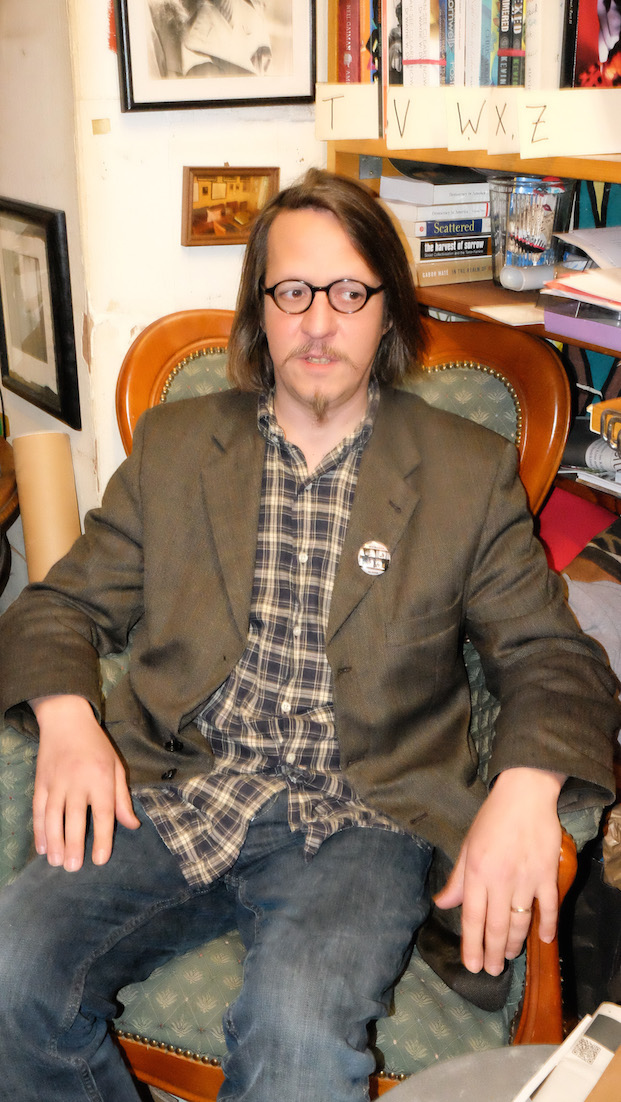 As we’re chatting, the wooden floor creaks as an Asian tourist family browses through Guy’s labyrinth of literature. There are books everywhere, reaching right to the ceiling where rows of books look down, awaiting for the ladder to be mounted and for somebody to fetch them.

Shakespeare and Company was founded 35 years ago by Guy’s former boss. She had been inspired by her travels to Paris and the legendary bookshop with the same name, which was a meeting point for the likes of famous authors such as James Joyce and Hemingway.

We haven’t ever spotted any famous writers in Vienna’s offshoot store yet, but who knows what a writer looks like anyway. Except for Paolo Coelho, who somehow keeps sneaking into our social media feeds with his fanboy posts to himself, even though we unfollowed him years ago. 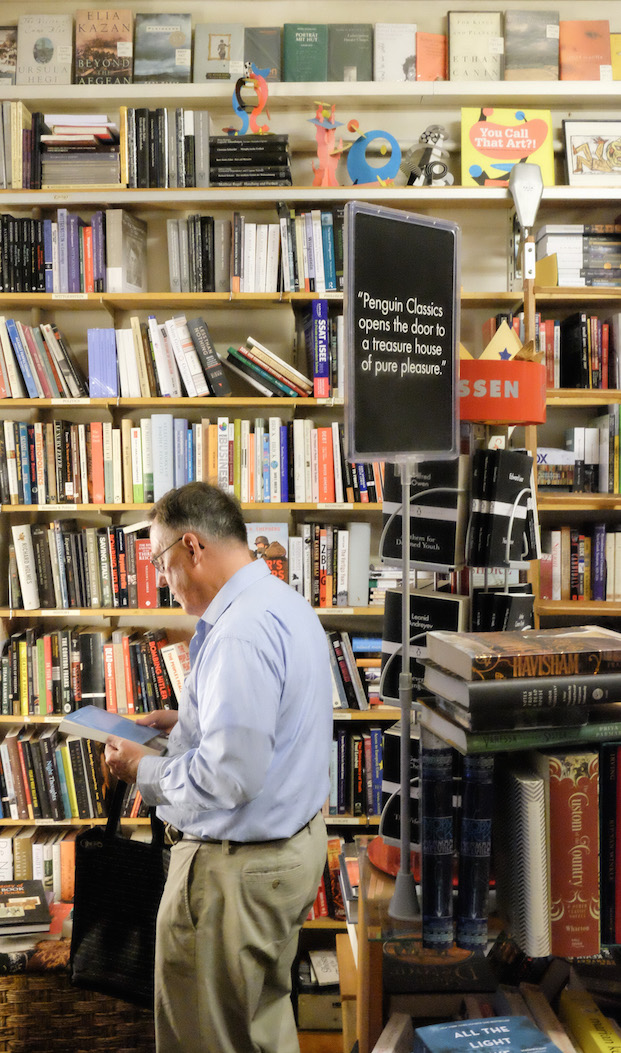 Classics and contemporary novels alike of all genres line the shelves. It’s the kind of place a writer, or reader goes to get the same dose of spiritual high as a religious person does in their temple, mosque or church.

The order behind the chaos is only revealed at a closer glance. With time, you realise that philosophy, science fiction, poetry and graphic novels all somehow find their respective homes in the wilderness of words. There is even a separate room dedicated to children’s literature, which features Vienna’s only Dr. Seuss book collection. 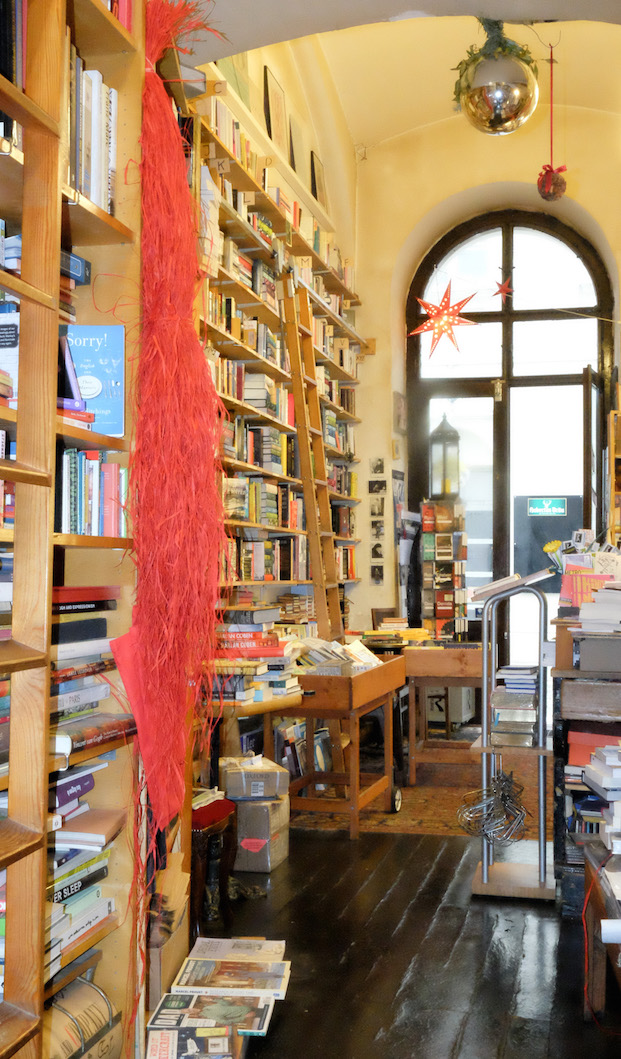 Ten years ago, when his former boss retired, Guy stepped into her shoes and took over the bookshop. He doesn’t consider it to be as much a job as it is an insane hobby. While it’s tough surviving as a bookshop in the digital age and shrinking attention spans, at least business isn’t getting any worse, Guy tell us.

“The balance sheets are always pretty bad,” he explains with a fatalistic ease. So why do it? “Somebody has to”, Guy replies simply. 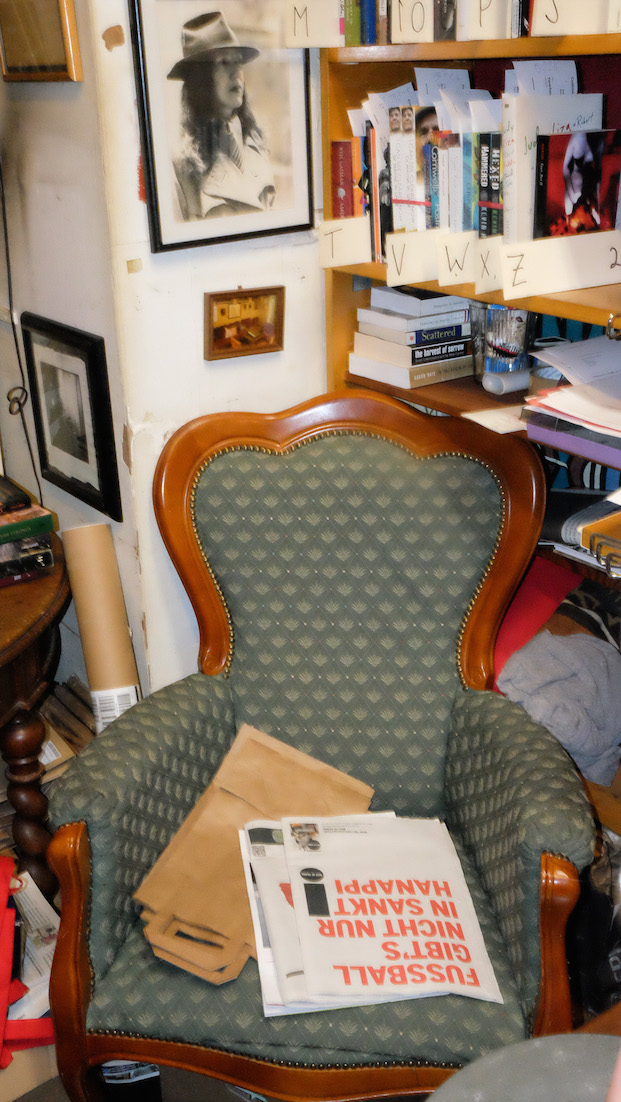 30 unmistakable signs that autumn has arrived in Vienna

The unique signs in Vienna that summer has left the city

The Wurst Guide ep34: Vienna’s Neubau has a new king

Warning: this podcast talks Denglish. Listen to the episode below: Or check us out on Spotify or Apple Podcasts:   They...

15 facts about Heurige we bet you didn’t know

So, with all this happening, Vienna’s beloved Heurige (translation wine tavern) become particularly popular places. We started to do some research...